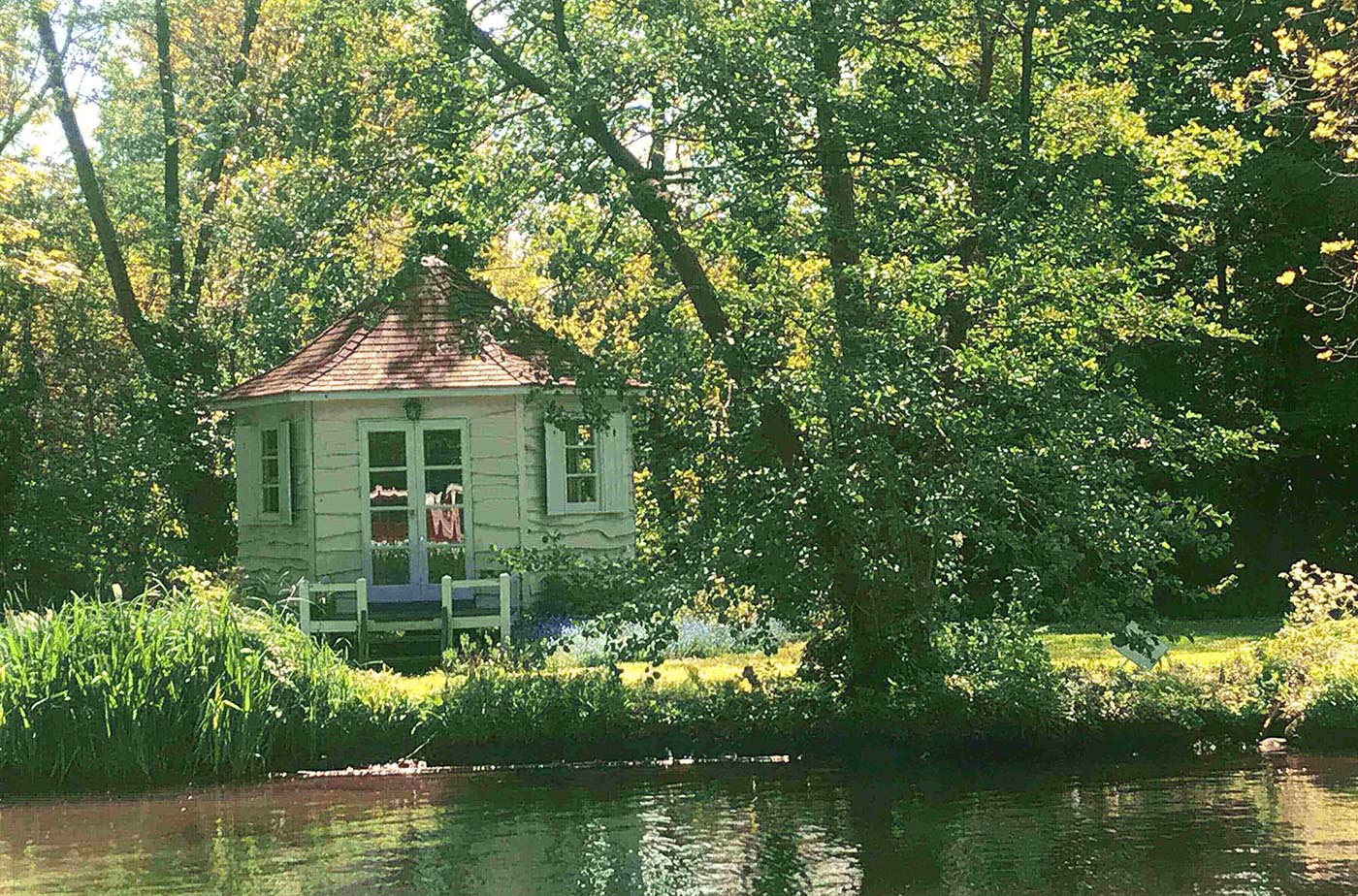 Welcome to Hurley! Some of you might know Hurley as the creator or rather eye catching surf gear, but to us it’s a beautiful village just a few miles downstream from Henley on Thames.

The river is split by about 12 islands by Hurley Lock, making it a fabulous place to explore and the Thames walks in the area are pure bucolic bliss. There are beautiful picnic spots and small beaches on the islands, which you can make your own.

The lock at Hurley, originally built in 1773, is impressive and is a favourite haunt for kayakers keen to practise their skills. A short way upstream on the Buckinghamshire bank is Medmenham Abbey home of the notorious Hell Fire Club. The river winds through open country and you will see Magpie Island and Culham Court on your way to Hambleden and Hambleden Lock.

Hurley is a traditional English village, and home to The Olde Bell, a lovely coaching inn with a surprisingly large garden at the back, which is just magical in the summer. The Olde Bell is also celebrating its 884th birthday this year! Both Winston Churchill and Dwight D Eisenhower stayed here during the 2nd world war, and Richard Burton and Elizabeth Taylor followed in their footsteps – but for slightly less serious reasons.

For hundreds of years, the ringing of the Sanctus Bell signalled to the monks in the Benedictine Priory that an important visitor had arrived in the village and was on his way to call at their monastic retreat beside the River Thames.

There is a rather wonderful secret passage running from the cellar of The Olde Bell to the Priory in the village which was used by Lord Lovelace of Hurley who was a plotter of the ‘Glorious Revolution’ in 1688 which drove the Catholic James II into exile placing William and Mary securely on the throne.

Jerome K Jerome, author of Three Men in a Boat, said “I often thought I could stay a month without having sufficient time to drink in all the beauty of the scene.” However long you have, Hurley is well worth a visit.

If you would like more information on Hurley, watch our Humphreys of Henley TV episode.